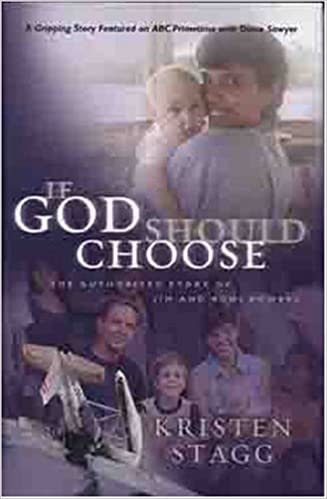 If God Should Choose: The Authorized Story of Jim and Roni Bowers

A gripping story featured on ABC Primetime with Diane Sawyer.Compelling story of love between a man and a woman, and a missionOn April 20, 2001, the plane in which missionaries Jim and Roni Bowers and their children were riding was shot down over Peru in an interception of a perceived drug plane. Roni and their seven-month old daughter, Charity, were killed. This tragedy has touched the lives of millions of people, believers and non-believers alike. If God Should Choose portrays the Bowers' story coherently and completely. This sobering work will leave readers more committed to, in the words of Jim Bowers, 'stay alert to the things that really matter, to cherish [their] loved ones even more, to be ever ready to explain (and live) the truth to friends who do not know Christ personally.'